The adventures of Keychain Guy 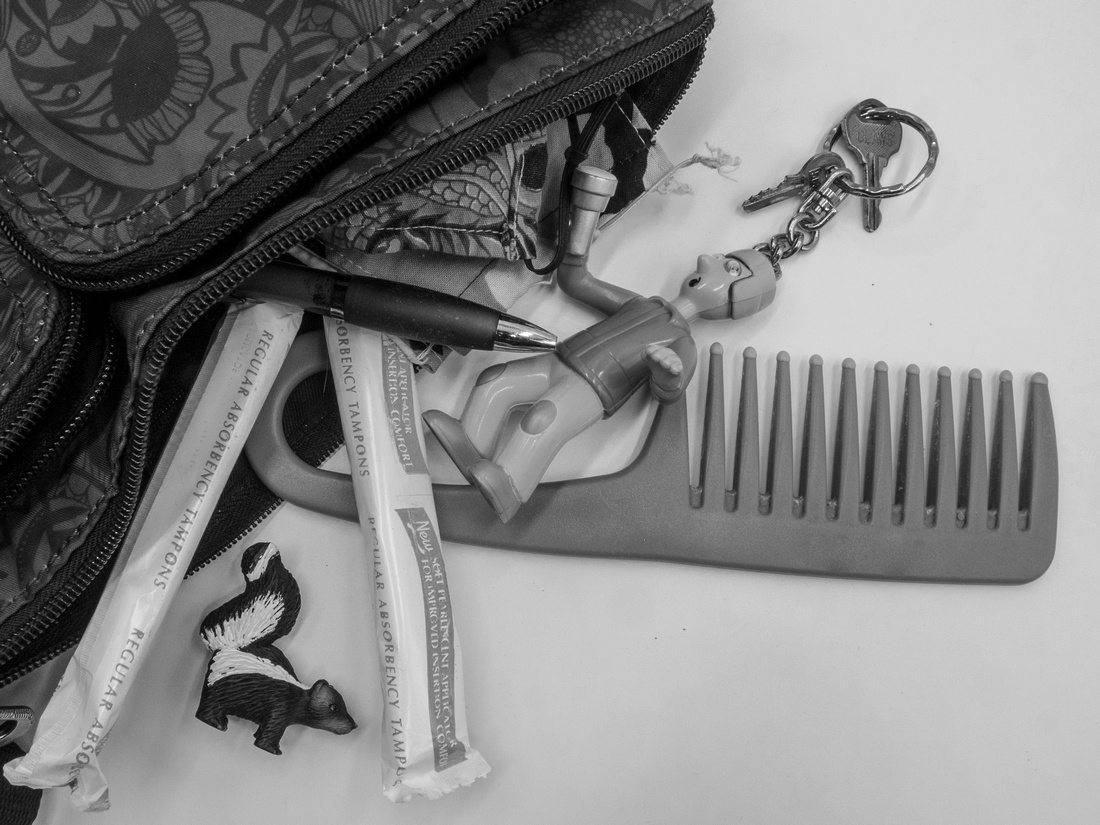 Let's start today with an image from Trapped, an illustrated novel about to come out from Parisian Phoenix Publishing.  This image, above, is one of the "Easter eggs" you will find scattered throughout the book.  I was told later that this image is a little like one by Irving Penn, titled "Theatre Accident, New York".

This image co-stars The Skunk, a major character in the book, and Keychain Guy, who is well known in Plastiqueville for his ability to walk around with a bunch of keys hanging from his hat.  (Or is that a helmet?)  While Keychain Guy is not in the story itself, he does play an important role in the photograph - after all, who doesn't have keys in their purse?

But, most exciting for Keychain Guy - his twin brother has been located, and is alive and well, and living the good life in a garage in Jim Thorpe, PA. He may have other relatives, but in the meantime, here's his long-lost sibling. 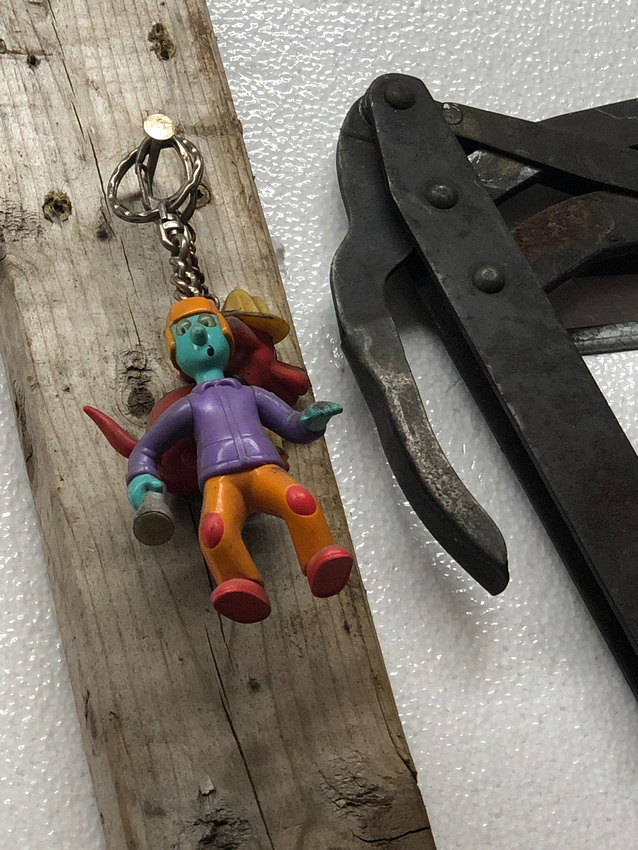