Meet the people of Plastiqueville - The wrestlers 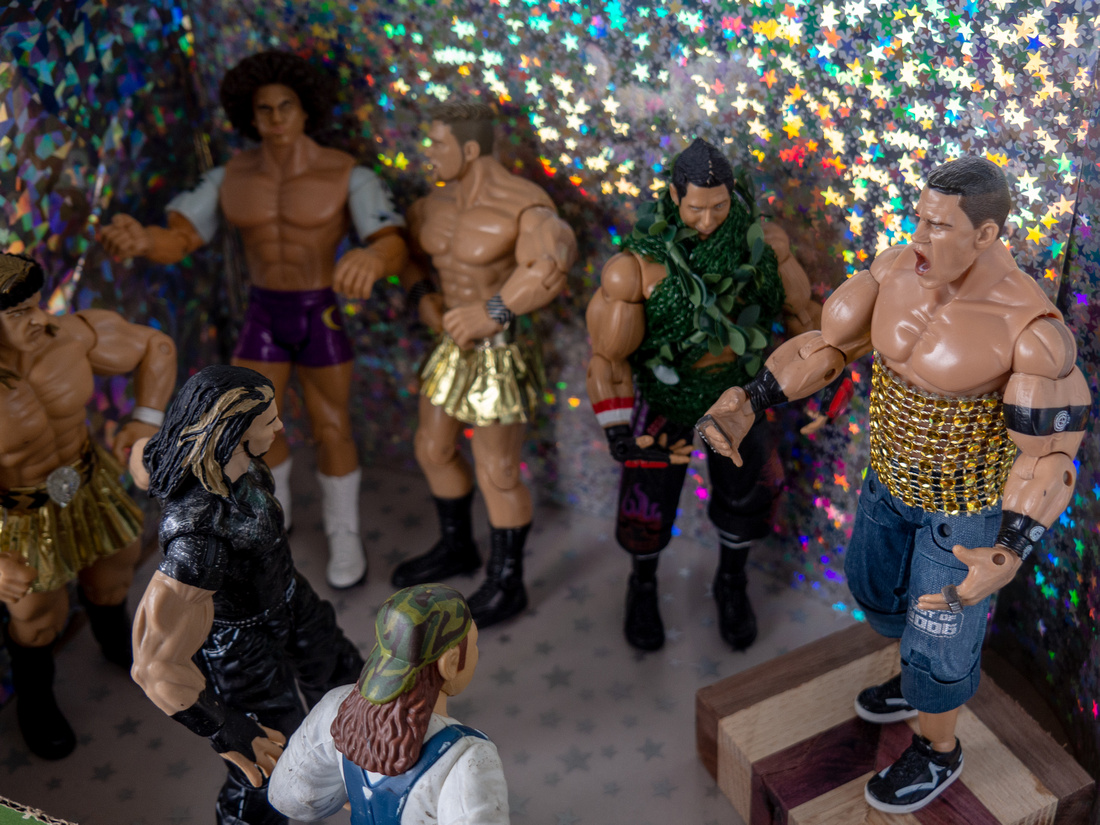 Before the pandemic, one of the best sources of prospective citizens and infrastructure for Plastiqueville was the indoor flea market at the Klecknersville Rangers firehouse.  It was held on the first Sunday of every month and featured a wide range of merchandise, everything from handbags to jewelry to tools of all varieties.

One of the regulars, a purveyor of NASCAR collectibles, arrived one Sunday with a huge Rubbermaid tub filled with WWE action figures, $1 apiece.  (WWE stands for World Wrestling Entertainment, in case you didn't know.)  They caught my eye because of their size (seven to eight inches tall) and their bendable joints.  But would they fit in with the other citizens of Plastiqueville?  I decided to buy two and give them an audition. 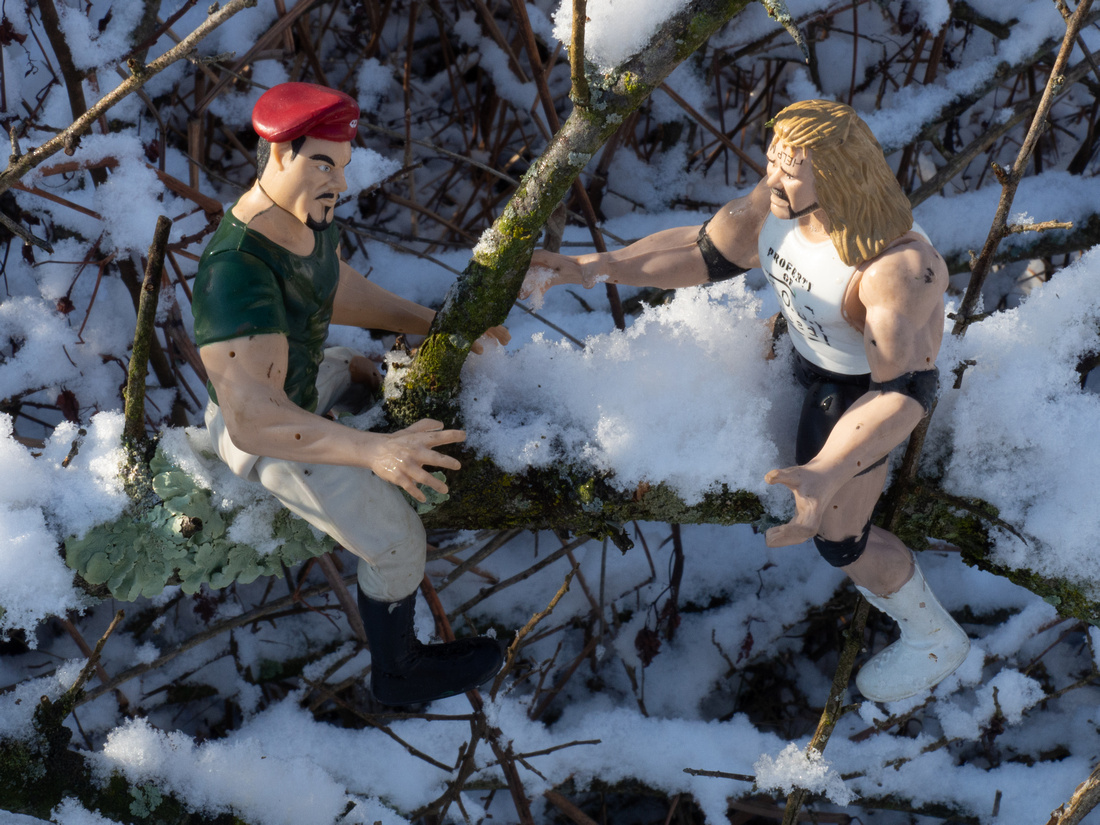 These two guys were rescued from a HUGE bin of wrestlers just like them, at Sunday's Klecknersville firehouse flea market. I picked these guys because they were the coolest of the bunch. They're a couple of tough guys, sitting in the snow like that!

That's Rene on the left and one of the Help Me twins on the right.  (Not sure of their previous WWE names.)

I had so much fun with these two guys, I immediately started to look forward to the next flea market.  Would NASCAR Dude be there?  Not all the vendors attend every month.  Yet, much to my great relief, there he was, with the giant Rubbermaid tub, and most of last month's wrestlers were still looking for homes.

As luck would have it, my friend Deanne had a table at the market that day.  She's a big fan of the little plastic people and was happy to help me pick through the bin, so I dragged it down to her table and we rooted around, pulling out the ones that weren't too badly beaten up or missing too many limbs.  (Thank you, Deanne!)

A year later, the wrestlers are star citizens of Plastiqueville.  I haven't had time to research all their histories, but I do know that they were all made by Jakks Pacific, in the late nineties and early 2000's.  Some of them bend only their arms and legs, like the two guys above, while others (like Mr. Tiger Pants) can bend and twist all over the place, making it possible for them to model very naturally.  I love to create clothing for them (notice the cupcake wrapper kilts in the top picture), but I'm especially interested in finding ways to fight against their given appearance and make them look vulnerable.  Perhaps we'll have some examples of this soon, and you can tell me if we've succeeded.

By the way, although the flea markets have been suspended for the time being, the Klecknersville Rangers occasionally serve amazing takeout from their kitchen.  We're eagerly awaiting their next seafood special!